It is summer solstice, the lazy days should be stretching before us, but instead all the world seems in retrograde.

For a long time there have been people working on issues of equality. (That is a vast understatement.) But finally a great many people have joined them and are putting their own shoulders to the locked door as well. This past month, the door has finally been ripped off its hinges, and all that was hidden is now bursting forth in a spurt of chaos. It is both terrifying and beautiful.

July 4th, Independence Day, is almost upon us, and it looks like the day of freedom may finally become more true. Take for example the story of Exeter, NH Revolutionary War soldier Jude Hall, whom I profile in my local mystery “Incident at Exeter Tavern.” 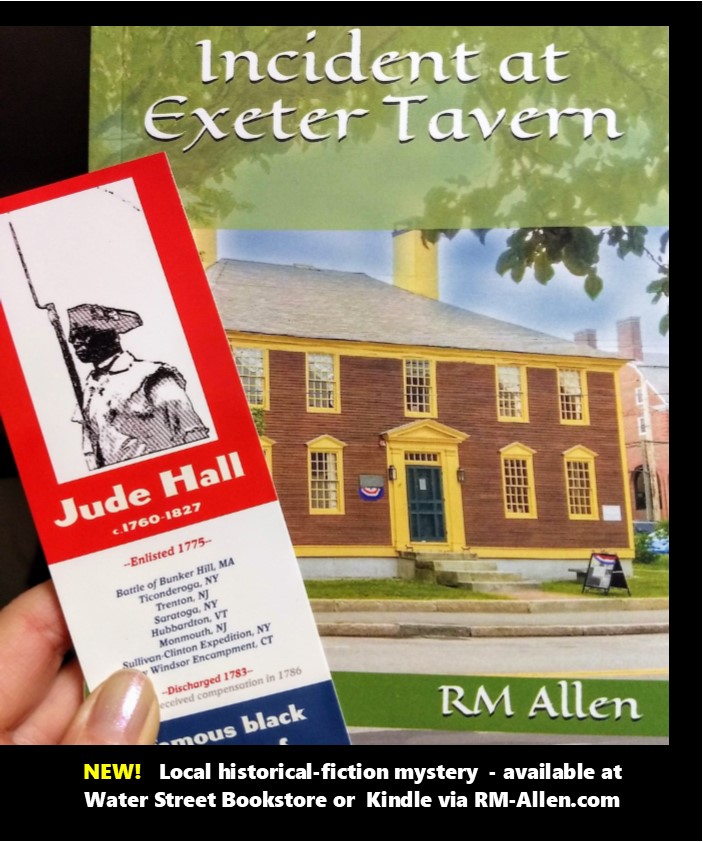 Jude fought for eight years, from Bunker Hill to Ticonderoga and more. Yay for the black patriot! He “earned” his freedom from slavery. Isn’t “earned” an interesting choice of words in the land of the free?

Jude was repaid by having three of his grown sons kidnapped into Southern slavery. One was kidnapped by an Exeter resident while his mother, Rhoda, fought him off in their home on Drinkwater Road. The teen victim sailed on Capt. Isaac Stone’s ship Wallace out of Newburyport and was sold in Virginia. There was no accountability. Neither is there account of this in the local papers, but the story is recorded twenty years later in Garrison’s Liberator. After Jude died, Rhoda left town. Wouldn’t you?

This story so angered me that it served as the catalyst for action. What action? Write a report about the historic community and sit down with 100 people in this town and ask them to act upon any one of the bulleted suggestions at the end. I found that the majority of the people were unaware of the history.

So, I then wrote a book about it, hoping to reach a different audience than history buffs. But that one slim book was not enough to tell even a fraction of the story of the historic black community in Exeter, so it has become a trilogy. Volume #2 will be launched in July. (Vol. 3/Suffragettes date is TBD). 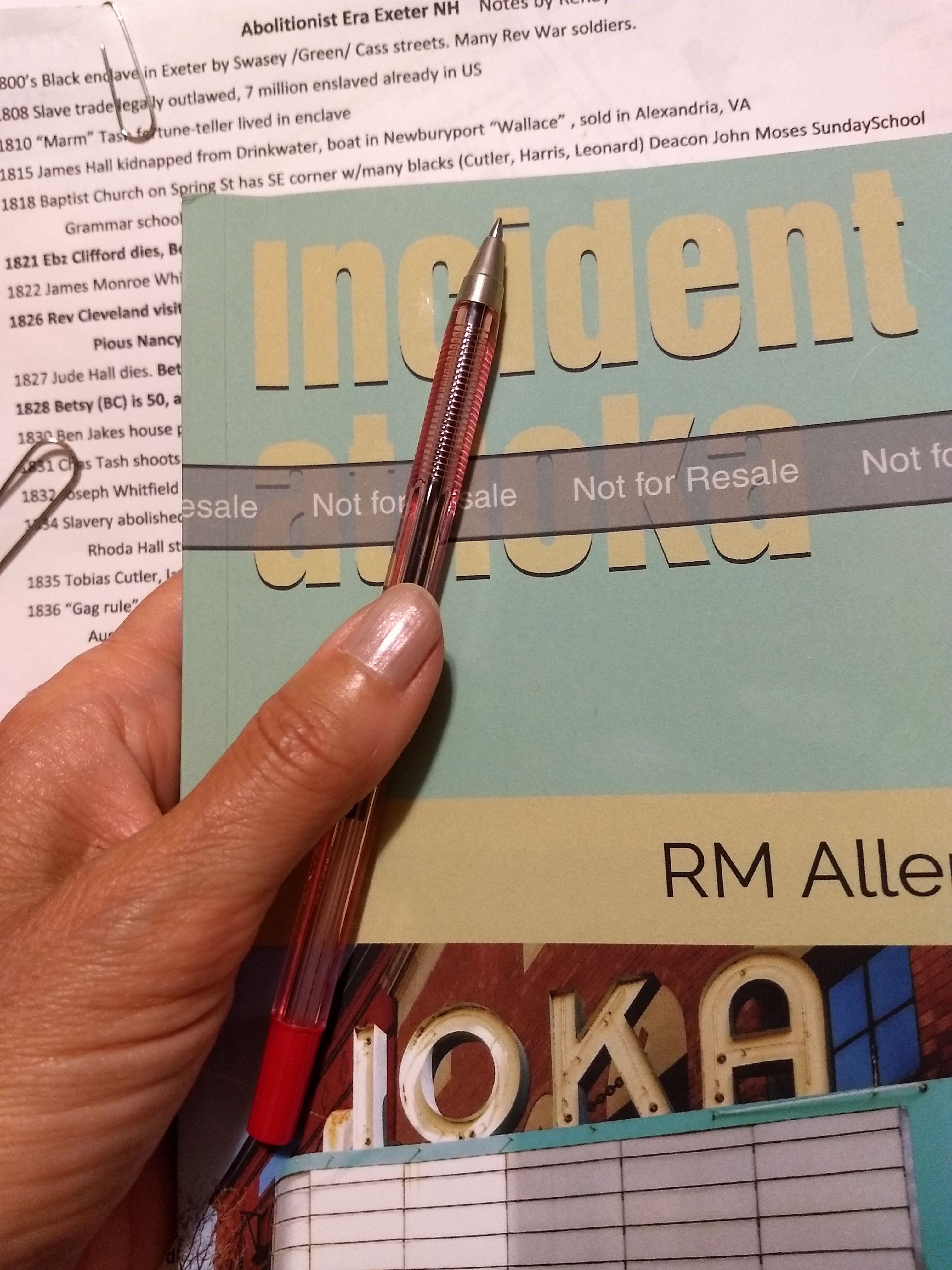 “Incident at Ioka” looks at abolitionist-era Exeter and its black community as the Civil War approaches. I write these stories “light” on purpose, so you can just taste a sliver of the bitter flavor, but you know it is there. Scholars can fill you in on the more nefarious aspects.

But even that trilogy only tells a fraction of the “Black Exeter” story, and still has a relatively small reach. So, as a form of redress, the profits from these three slim books will be donated towards a physical commemoration of the historic black community that once thrived near Swasey Parkway.

A proposal has been drafted (which will be presented to the town officials in July) to form a simple pocket-park in the names of Jude & Rhoda Hall down by the river. I am hoping to get NH State designation to further the reach. You can see the proposal at this link.

It seems the time is ripe for local citizens to put our shoulders into it in Exeter, and let the cleansing light splay across our hidden history.

PS. This blog post is written to inspire you. I know many of my followers live elsewhere… what can you do in your town?

PS: Here is the small report with the bulleted list of suggestions at the end:

RM Allen is the author of The New Hampshire Goddess Chronicles series, small but effective books on the intersection of spirituality & environmentalism. She continues the small but effective theme in her newest writing project: the Maryvonne Mystery series, which are about racism and redress. The first book released January 2020: Incident at Exeter Tavern. View more posts